For all media inquiries or to arrange an interview with Sharon Rab, Chair of the Dayton Literary Peace Prize, please contact: 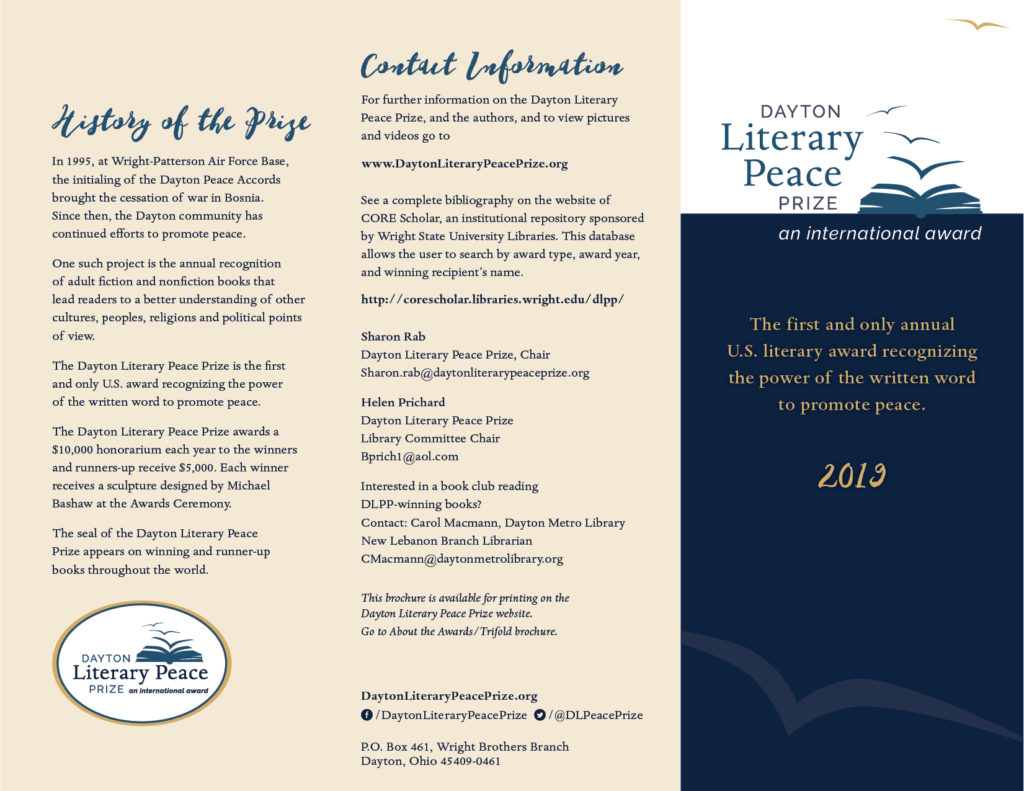 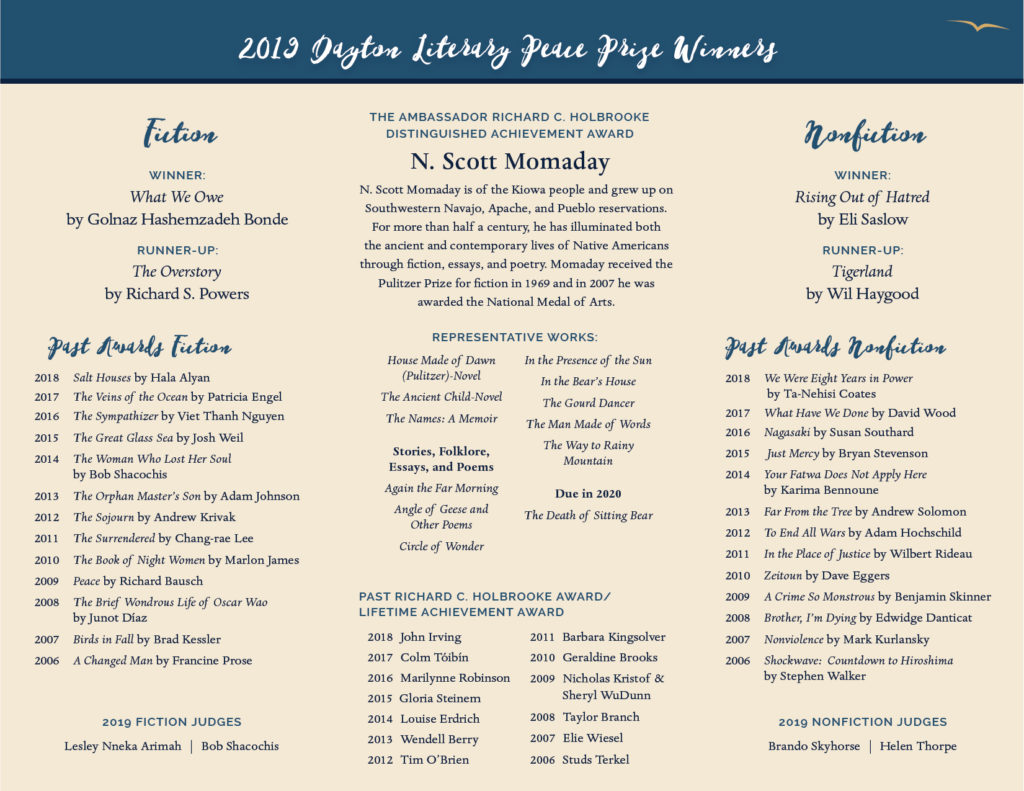 Letters of Support for the 2019 Irma Lazarus Award

The Dayton Literary Peace Prize Foundation is delighted to announce that DLPP is the recipient of the prestigious Irma Lazarus Award, considered to be the highest of the Ohio Governor’s Awards for the Arts. The Irma Lazarus Award goes to “individuals or organizations who have helped shape public support for the arts through their work as advocates and have brought national and international recognition to Ohio through sustained dedication to artistic excellence.”

We would like to thank Ron Rollins, Content Director of Community Engagement for the Cox Media Group, Ohio, and a member of our Advisory Council, for nominating us. We would also like to thank, Governor Robert Taft, Chair of the DLPP Ambassador Richard C. Holbrooke Distinguished Achievement Award; Carol Loranger, Associate Dean of the College of Liberal Arts at Wright State University and member of our Advisory Council; Karima Bennoune, professor of international law at the University of California-Davis School of Law and 2014 DLPP Nonfiction Winner for Your Fatwa Does Not Apply Here; Gilbert King, 2013 DLPP Nonfiction Runner-up for Devil in the Grove: Thurgood Marshall, the Groveland Boys and the Dawn of a New America, and member of the DLPP Honorary Advisory Board; and Katherine Vaz and Christopher Cerf, writers, and former judges for the DLPP and members of our DLPP Honorary Advisory Board for their letters of support.

We have included their letters below where you can read their opinions of the role DLPP plays as the proponent for advancing peace through literature. Click on their names or simply scroll down the page to read their letters.

The Foundation, Board, Advisory Council and staff of the DLPP are honored and will continue to live up to the spirit of the award. We congratulate our fellow recipients and look forward to celebrating with them in Columbus on May 15. Should you be interested in joining in the celebration, reservations will open in March and will be available through Ohio Citizens for the Arts, the Ohio Arts Council’s event partner. Individual tickets run $50.00 and a table of 10 is available for $1,000. We will put out an alert when tickets go on sale with details as to how to order them.

Thank you for your interest in the DLPP. 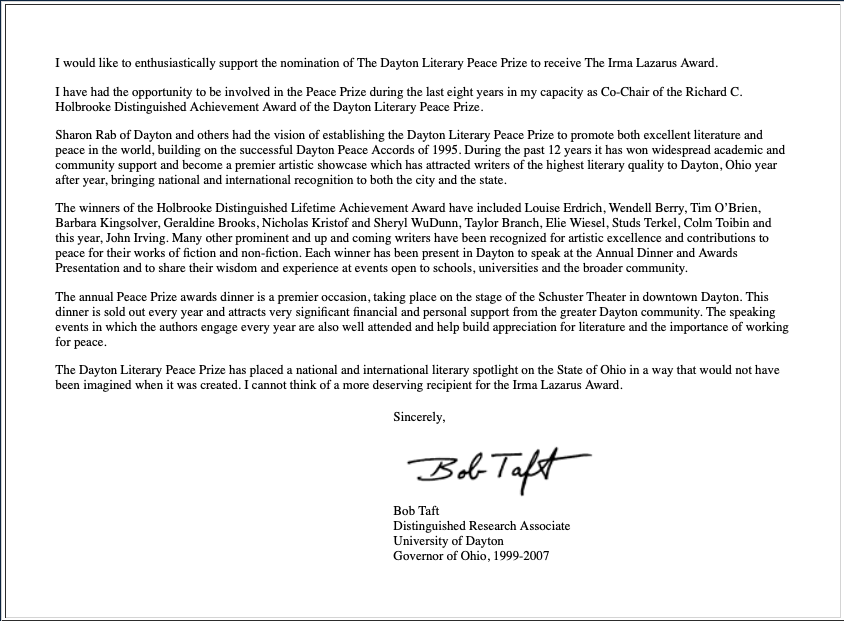 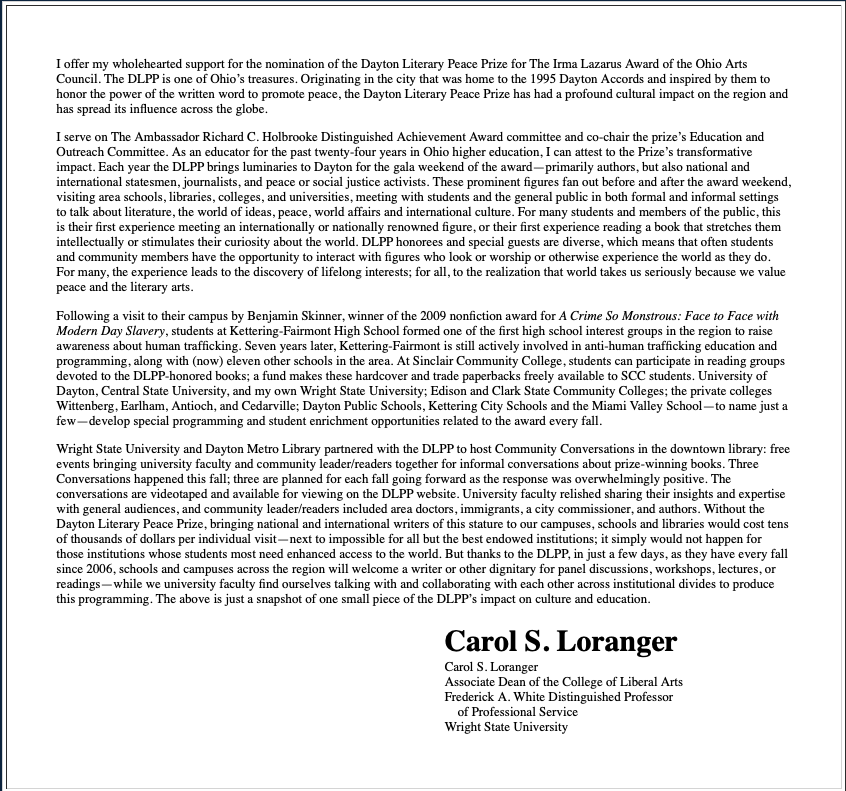 Gilbert King, Author, 2013 DLPP Runner-up for Nonfiction
The Devil in the Grove 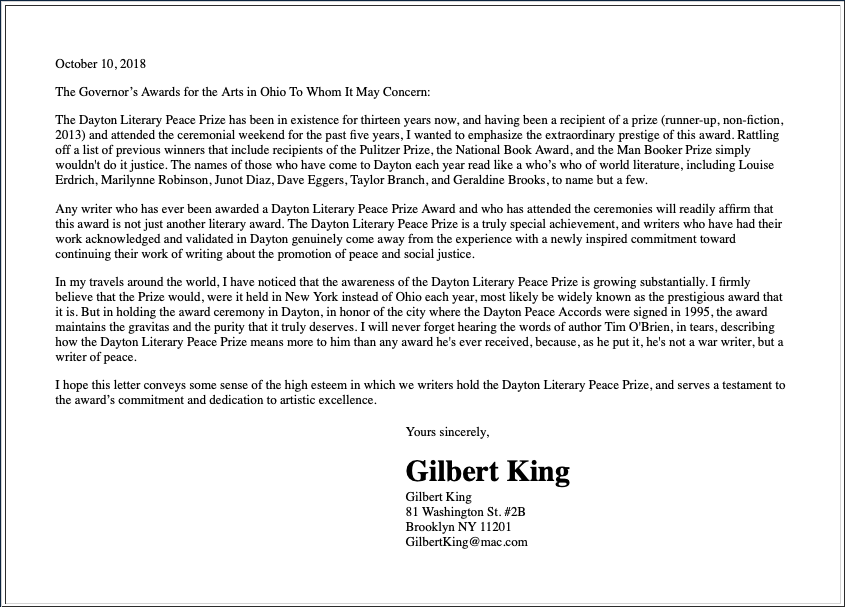 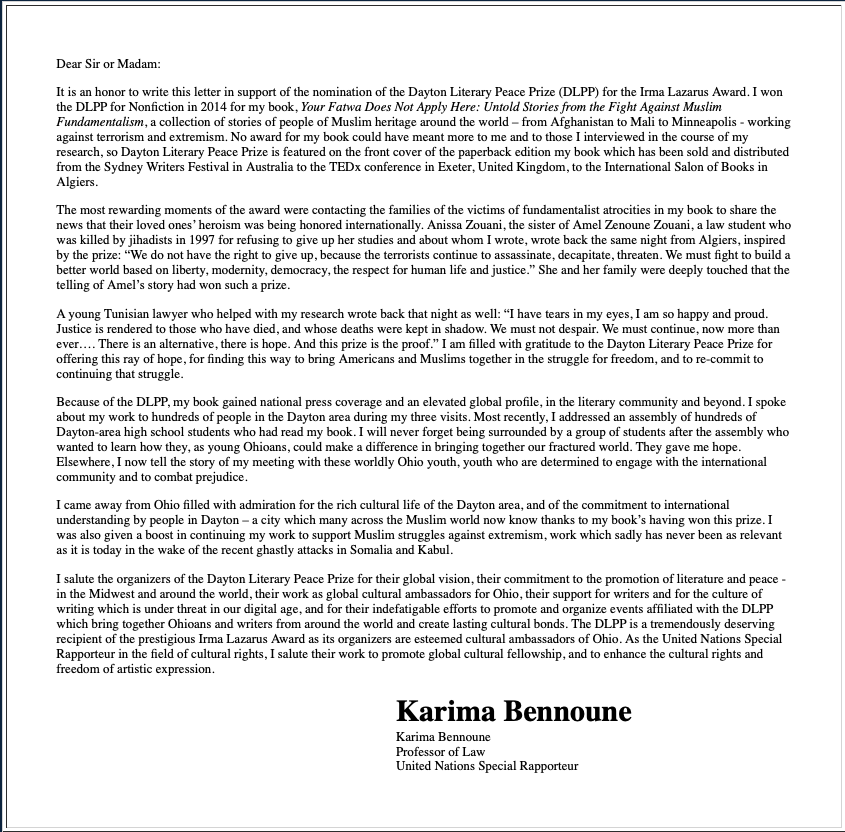 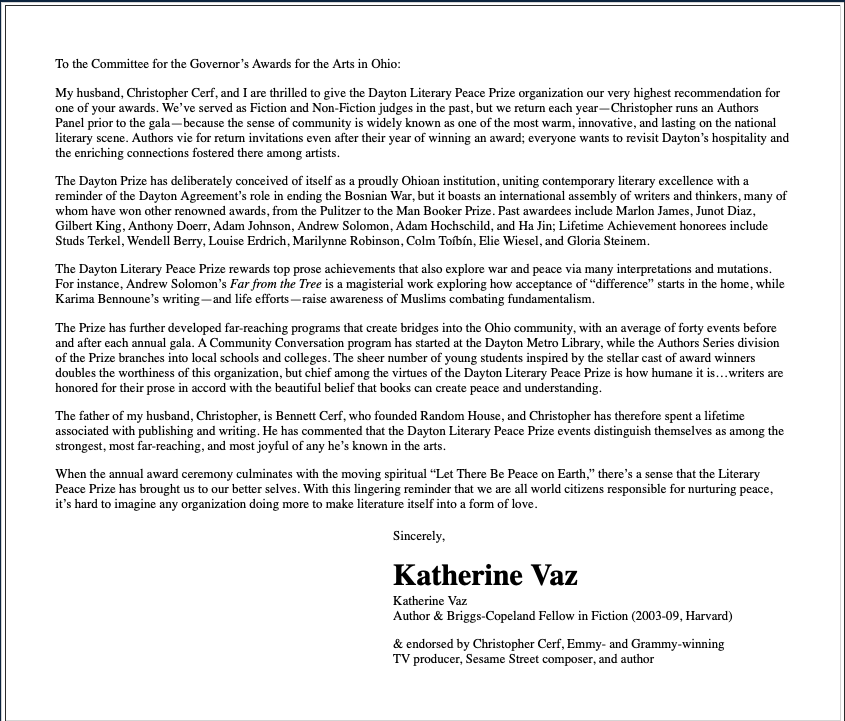 In the fall of 2013, Sharon Rab, the founder and co-chair of the Dayton Literary Peace Prize, gave a short talk at TEDx-Dayton titled, “Words Matter.” Sharon is an educator and writer. She taught English for many years at Miami University in Oxford, Ohio, and Kettering Fairmont High School, where she encouraged readers and writers to discover the power of the written word. The Dayton Literary Peace Prize is the culmination of her interests and experience, bringing together readers, writers and educators from the world community to share literature that advances peace.